Nagel : "I am restricted to the resources of my own mind".


"We must consider whether any method will permit us to extrapolate to the inner life of the bat from our own case, and if not, what alternative methods there may be for understanding the notion.

"Our own experience provides the basic material for our imagination, whose range is therefore limited. It will not help to try to imagine that one has webbing on one's arms, which enables one to fly around at dusk and dawn catching insects in one's mouth; that one has very poor vision, and perceives the surrounding world by a system of reflected high-frequency sound signals; and that one spends the day hanging upside down by one's feet in an attic. In so far as I can imagine this (which is not very far), it tells me only what it would be like for me to behave as a bat behaves. But that is not the question. I want to know what it is like for a bat to be a bat. Yet if I try to imagine this, I am restricted to the resources of my own mind, and those resources are inadequate to the task. I cannot perform it either by imagining additions to my present experience, or by imagining segments gradually subtracted from it, or by imagining some combination of additions, subtractions, and modifications.
To the extent that I could look and behave like a wasp or a bat without changing my fundamental structure, my experiences would not be anything like the experiences of those animals. On the other hand, it is doubtful that any meaning can be attached to the supposition that I should possess the internal neurophysiological constitution of a bat. Even if I could by gradual degrees be transformed into a bat, nothing in my present constitution enables me to imagine what the experiences of such a future stage of myself thus metamorphosed would be like. The best evidence would come from the experiences of bats, if we only knew what they were like.
"So if extrapolation from our own case is involved in the idea of what it is like to be a bat, the extrapolation must be incompletable. We cannot form more than a schematic conception of what it is like. For example, we may ascribe general types of experience on the basis of the animal's structure and behavior. Thus we describe bat sonar as a form of three-dimensional forward perception ; we believe that bats feel some versions of pain, fear, hunger, and lust, and that they have other, more familiar types of perception besides sonar. But we believe that these experiences also have in each case a specific subjective character, which it is beyond our ability to conceive. And if there's conscious life elsewhere in the universe, it is likely that some of it will not be describable even in the most general experiential terms available to us. (The problem is not confined to exotic cases, however, for it exists between one person and another. The subjective character of the experience of a person deaf and blind from birth is not accessible to me, for example, nor presumably is mine to him. This does not prevent us each from believing that the other's experience has such a subjective character.)"

Coetzee : "Being fully a bat is like being fully human"

"To Nagel a bat is “a fundamentally alien form of  life”, not as  alien  as  a  Martian,   but  less  alien  than another  human being  (particularly,  one  would  guess,  were  that  human being a fellow academic philosopher).
“So we have set up a continuum that stretches from the Martian at one end to the bat to the dog to the ape (not, however, Red Peter) to the human being (not, however,  Franz Kafka) at the other ; and at each step as we move along the continuum from bat to man, Nagel says, the answer to the question ‘What is it like for X to be X ?’ becomes easier to give.
“I know that Nagel is only using bats and Martians as aids in order to pose questions of  his own about the nature of consciousness. But, like most writers, I have a  literal cast of mind, so I would like to stop with the bat. When Kafka writes about an ape I take him to be talking in the first place about an ape ; when Nagel writes about a bat I take him to be writing, in the first place, about a bat. (...)
“What is it like to be a bat ? Before we can answer such a question, Nagel suggests, we need to be able to experience bat-life through the sense-modalities of  a bat. But he is wrong ; or at least he is sending us down a false trail. To be a living bat is to be full of being ; being fully a bat is like being fully human, which is also to be full of  being. Bat-being in the first case, human-being in the second, maybe ; but those are secondary considerations. To be full of being is to live as a body-soul. One name for  the experience of full being is joy.
“To be alive is to be a living soul. An animal — and we are all animals — is an embodied soul. This is precisely what Descartes saw and, for his own reasons, chose to deny. An animal lives, said Descartes, as a machine lives. An animal is no more than the mechanism that constitutes it ; if it has a soul, it has one in the same way that a machine has a battery, to give it the spark that gets it going ; but the animal is not an embodied soul, and the quality of its being is not joy" 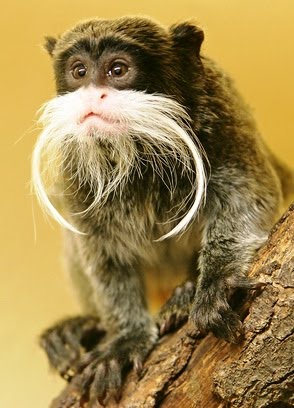